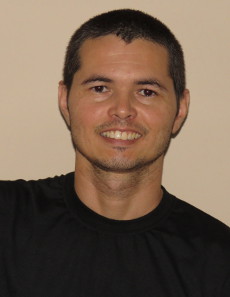 Hi, my name’s Ricardo Filgueira! I’m creator of the Portuguese in Record Time, an online course that enables foreigners to learn Portuguese in 4 months.

I’ve always dreamed of knowing life outside of Brazil. And that was getting stronger and stronger when I started studying Languages.

What a crazy thing! I sold almost everything I had (not that much!), borrowed some money and took a plane to… Geneva, Switzerland!

I went to my aunt’s house and I should stay for 3 months, but I ended up staying for one year and a half!

During this time I learned things that any university could teach. Oh … and speaking of teaching, it was at that time that I had my first contact with “Portuguese for foreigners”.

Things were going well in Switzerland, but I realized that I had to come back to Brazil to conclude my course and put all my efforts to become a skilled  PFL teacher (Portuguese as Foreign Language).

In 2013, as result of this dedication, I founded the portuguesdobrasil.com.br, to promote Portuguese and Brazilian culture to the world.

Currently, I have students in several countries and I’m recognized as a certified Portuguese teacher (as a foreign language).

Interview for UOL International about the Celpe-Bras Exam.

First place in the pitch contest Awakening the Entrepreneur in Technology.

Decide which cookies you want to allow. You can change these settings at any time. However, this can result in some functions no longer being available. For information on deleting the cookies, please consult your browser’s help function.

With the slider, you can enable or disable different types of cookies: